As begin Part 6 with Auggie again, the opening comes from Hamlet.  This a play written by William Shakespeare.  Here an actor shares his translation of these words.

What does this quote say about people?  What do you think the reference to God means?

Auggie starts to think back on the year and he observes all of the times he has been  “on display.”  Do you think it became easier for him to be around other people as the year progressed?

The girls use Ugly doll paper.

Auggie even cracks a joke about it!

The school seems to turn around a bit in attitude toward Auggie.  Change and new things can be hard.  Have you ever had to get used to something or someone before you could accept them?

Now Auggie has to wear hearing aides!  Ugh!  Not only does he have to wear them, but they are ugly.  Not like the usual kind that everyone else wears!  These are huge.  He thinks he looks like Lobot from Star Wars! 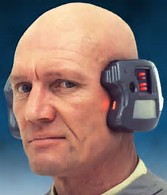 When have you been self-conscious?

Saying goodbye is never easy!  When a long time family pet dies it’s really hard, especially when there are soooo many other changes happening in your life.

2 My Father’s house has room to spare. If that weren’t the case, would I have told you that I’m going to prepare a place for you?

Do you think there is room for Daisy the dog in My Father’s house?  There was a popular movie many years ago that says it quite simply.

There is room for everyone in heaven!

Auggie and his parents go to the play and are shocked!  How do you think Via felt?  What about her parents?  When have you had an anxious surprise?  How did you handle it?

How have you helped a friend through a rough time?  Miranda sure seems to be going through one.

A couple of weeks ago we heard the scripture from Matthew 22:39 “And the second is like it:  You must love your neighbor as you love yourself.” 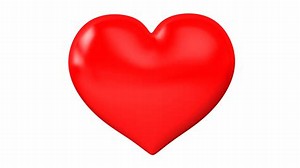 Miranda goes out of her way to be a good friend to  Auggie and love him like a neighbor.  She is the one who bought him the astronaut helmet.  She watched all of the Star Wars movies so she would have something to talk to Auggie about.  She is the one who faked sick so that Via could star in the show.

Did your perspective of Miranda change from the beginning of the story to this point?

Let’s all try to go out of our way to be neighbors like Miranda!