The beginning of Jack’s part has a quote from The Little Prince.

“Now here is my secret.  It is very simple.  It is only with one’s heart

that one can see clearly.  What is essential is invisible to the eye.”

Before we go any further into Jack’s part, remember how you felt about Jack at the end of Auggie’s part!  It was Halloween and the Bleeding Scream came into the classroom. The other kids were talking and didn’t know it was Auggie.  Jack wasn’t a good friend then.

From our scripture(Matthew 22:34-40) on Sunday we learned two main Commandments:

When you read further, how does Jack really feel about Auggie?

Jack gets a new sled, one that someone else considered garbage.  He fixed it up.  Maybe it looked like this How do you think Jack felt when he talked to the other boys about his new sled?  Julian’s sled might have looked similar to this – Jack realized he had a problem in science class when he and Auggie were paired up for their project.  He said he was going Oh nooooooo! like the kid from Home Alone in his head. He got soooo stressed he started hearing things like Charlie Brown with his teacher!

Did Jack do the right thing when he punched Julian?

Jack got into some trouble.  Have you ever written a letter, email, or text to apologize or explain yourself?  How did that turn out?

Things are different at school when Christmas break is over.  What do you think about the list of “sides”?  How would that make you feel?  What would God want you to do if this happened to you?

Justin enters the book as Via’s boyfriend.  He seems to have some of his own issues. His opening comes from the elephant man.

“Sometimes I think my head is so big because it is so full of dreams.” – John Merrick What dreams do you have?

Justin plays a fiddle.  This is what he likes to play. 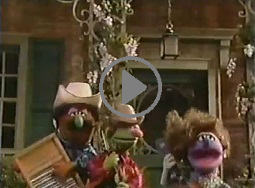 Via encourages Justin to try out for the school play. He gets the lead with Via’s friend Miranda to play opposite him.

Learning lines can be hard.  And Justin sometimes gets anxious.  Via talks to him about playing his fiddle when he gets nervous at rehearsal.  This song helps him calm down.

What do you do or who do you talk to when you need to be calm?  Do you have a favorite Bible verse that settles you?  Justin was so worked up he couldn’t turn off his brain.  He even thought of the elements in the periodic table that he was supposed to be learning.